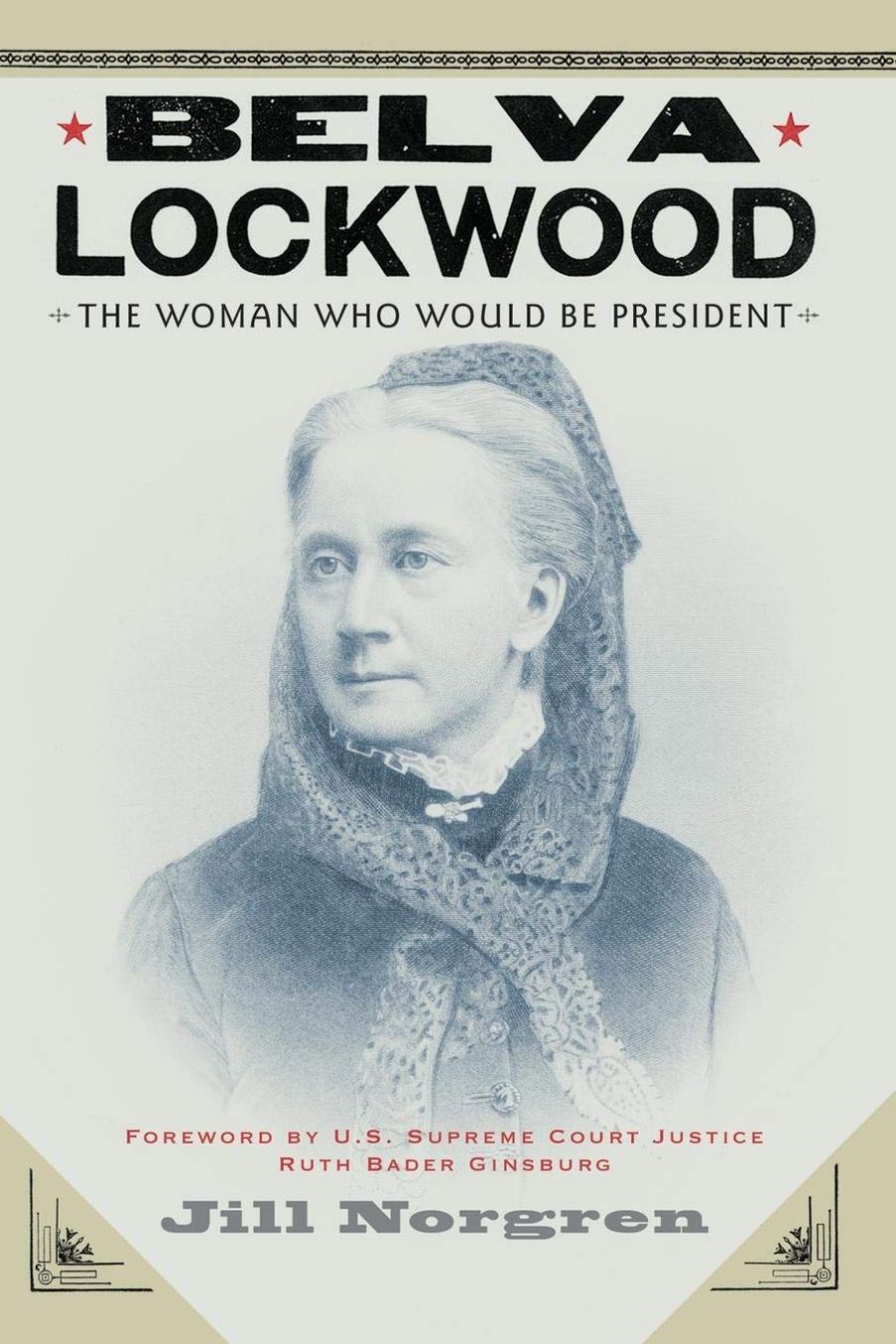 An NEH grant helped Norgren research Belva Lockwood: The Woman Who Would Be President—the book led to further work on the history of women and the law, public appearances and interviews, and a growing public interest in Lockwood, herself. Image courtesy of New York University Press.

Jill Norgren received her first NEH grant in 1985 to attend a summer seminar for college teachers in Madison, Wisconsin. The seminar was followed by further NEH support for her publications on Native Americans, women, and the law. Through this series of grants, the NEH has fostered Norgren’s long career interpreting and documenting American legal history resulting in lasting impacts on generations of students who have used her textbooks and on the broader understanding of women’s legal history.

Norgren publishes The Cherokee Cases: The Confrontation of Law and Politics.

Norgren receives an NEH fellowship to write a biography of Belva Lockwood.

Norgren publishes Belva Lockwood: The Woman Who Would Be President.

Belva Lockwood is featured in the Swarthmore College exhibition, Her Hat Was in the Ring. Norgren loans items associated with Lockwood to the exhibition.

American Cultural Pluralism and Law (1998), which Norgren co-wrote with Serena Nanda, is now in its third edition and is still in use in political science, anthropology, and law classrooms throughout the United States. Also in the 1990s, NEH support helped Norgren work on a longstanding project on the relationship between the federal government and Native American peoples. This research led to two more books: Partial Justice: Federal Indian Law in a Liberal-Constitutional System (1991), with Petra T. Shattuck, and The Cherokee Cases: The Confrontation of Law and Politics (1996), which explore the Cherokee Landmark Supreme Court Decisions. Norgren also wrote articles for public audiences, laying out her work for lay readers.

Most recently, NEH support helped Norgren research and write Belva Lockwood: The Woman Who Would Be President (2007), which traces the life of the first woman to argue before the Supreme Court and female presidential candidate. The biography has drawn broad public interest, with Norgren delivering talks at libraries, universities, and bar associations, among them the City Bar of New York and the Gerald Ford Museum. Norgren has been interviewed for Law and Disorder Radio and two of her talks were broadcast by C-SPAN. She delivered a lecture at the Newseum in Washington, D.C., as part of a moot court exercise on a contemporary case involving discrimination against women. Norgren’s research contributed to exhibitions on women who ran for elective office before 1920 at Swarthmore College and at Roosevelt House in New York City. And the project spawned two further books, Rebels at the Bar: The Fascinating, Forgotten Stories of America’s First Women Lawyers (2013) and Stories From Trailblazing Women Lawyers: Lives in the Law (2018), which was written at the invitation of the American Bar Association.