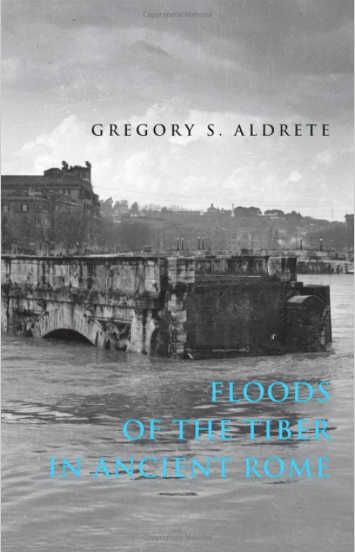 NEH funding has supported Gregory Aldrete throughout his career. Aldrete is the recipient of two, year-long NEH fellowships and two summer NEH fellowships at the American Academy in Rome. He also participated in an NEH summer professional development program hosted by the University of California, Los Angeles. These opportunities have fundamentally shaped his career. In addition to affording him the time to research and write several books, they have helped Aldrete reach broad public audiences and grow as a teacher, incorporating new, engaging methods into his classes.

NEH fellowships helped Aldrete publish two books: Gestures and Acclamations in Ancient Rome, published by Johns Hopkins University Press in 1999, and Floods of the Tiber in Ancient Rome, published by Johns Hopkins University Press in 2007. Floods of the Tiber has had an especially broad impact. Published in the wake of Hurricane Katrina and in a time of rising sea levels, the book provides insights into how people and civilizations have dealt with flooding. Following the book’s publication, Aldrete delivered more than 30 public talks and was interviewed by publications like BBC World News. And Aldrete has gone on to do a great deal of work as a public-facing scholar, which he attributes in part to the stature conveyed by NEH funding. As a teacher with the Great Courses/The Teaching Company, he has created courses such as A History of the Ancient World: A Global Perspective, Decisive Battles of World History and History’s Greatest Military Blunders and the Lessons They Teach. More than 10 million minutes of this content have been viewed by interested audiences.

At the University of Wisconsin-Green Bay (UWGB), Aldrete teaches seven classes reaching more than 400 students each year. The ability to undertake research, participate in professional development programs, and engage with the public has also had a profound impact on Aldrete’s teaching. In his classes, as when engaging with the public, Aldrete encourages his students to reflect on how ancient history can continue to help us understand our daily lives—and he also encourages enthusiasm for the kind of historical research he has undertaken. In partnership with his students, Aldrete has developed what has proven to be his most popular work. Through the Linothorax Project at UWGB, Aldrete and his students are attempting to recreate a type of ancient linen body armor. The project has been featured in the documentary television series Museum Secrets: Athens National Museum as well as in publications including U.S. News and World Report, Military History, and Der Spiegel.