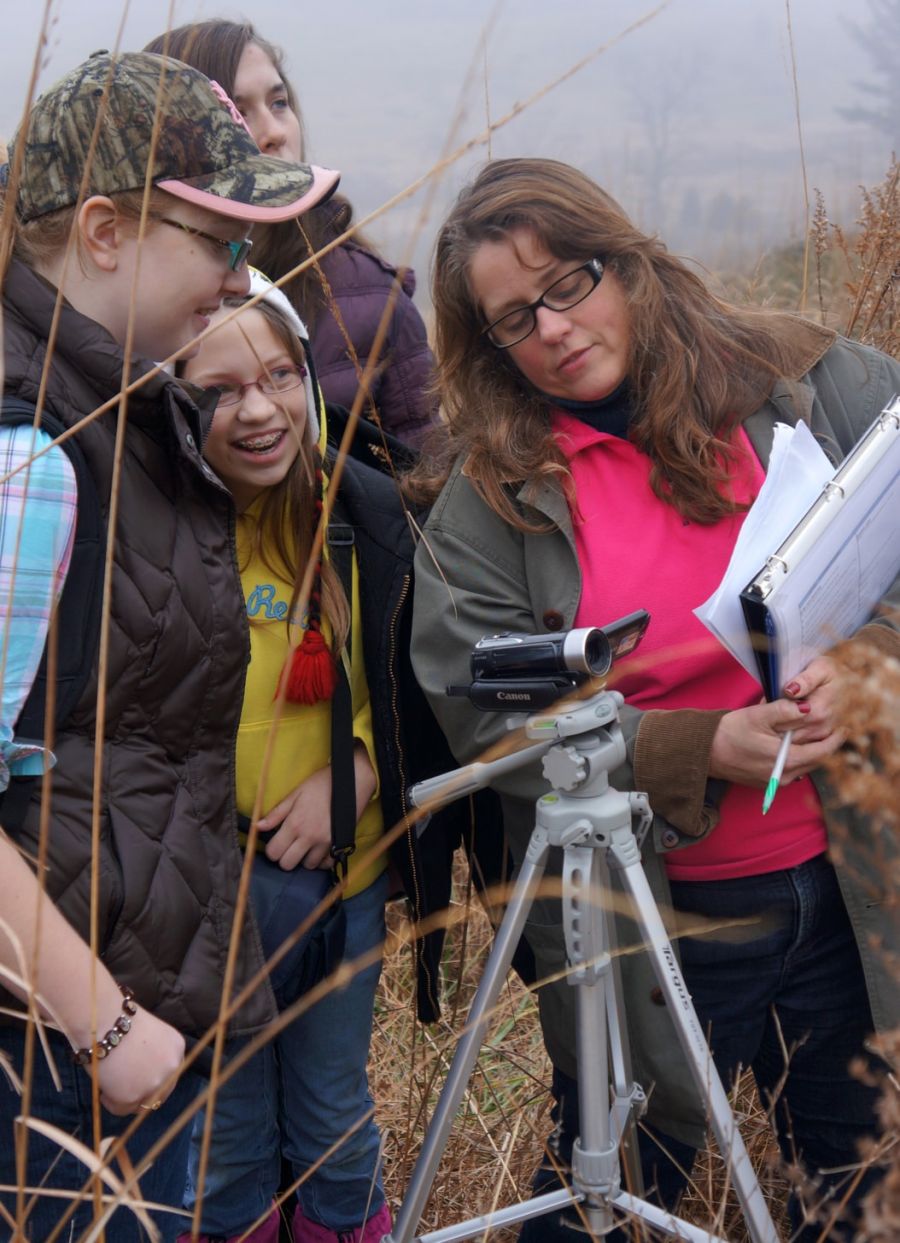 For Of the Student, By the Student, For the Student, middle schoolers created films on-site at national parks. Image courtesy of Journey Through Hallowed Ground.

Recognized by Congress as a National Heritage Area, The Journey Through Hallowed Ground (JTHG) is a 180-mile corridor from Gettysburg, Pennsylvania through Maryland and Harpers Ferry, West Virginia to Monticello in Charlottesville, Virginia. JTHG promotes and supports civic engagement through history education, economic development through heritage tourism, and the preservation of cultural landscapes in one of the nation’s most important historic regions. With funding from the National Endowment for the Humanities, JTHG developed the Of the Student, By the Student, For the Student Service Learning Project. This nationally-recognized, award-winning educational program commemorated the sesquicentennial anniversary of the Civil War by offering local students the chance to immerse themselves in American history and heritage while developing original videos exploring historical sites.

“[The program] forced students to work together, depend on each other, and take leadership roles. It was amazing to see the depth of their knowledge, the ideas they came up with.”
Read More

Over the course of three years, 3,300 middle school students from seven public school systems brought to life the stories of those who lived and died within The Journey Through Hallowed Ground National Heritage Area. Led by a teacher, they visited sites like the Antietam National Battlefield and Gettysburg National Military Park. They undertook primary source research using historical newspapers, letters, journals, poetry, and music. Students were responsible for every element of video production, including scriptwriting, costume design, acting, filming, and editing, and even performing musical numbers. They had the chance to learn from historians, creative writers, and documentary filmmakers. The resulting 47 videos help interpret the history and landscape of fourteen different historical sites for younger audiences, and they are now being used by the National Parks Service in interactive learning displays.

The program helped students become engaged in the history of our nation while teaching them a range of other skills. “It forced students to work together, depend on each other, and take leadership roles,” said Zachary Gargan, a teacher at Stonewall Middle School in Manassas, Virginia. “It was amazing to see the depth of their knowledge, the ideas they came up with.” And the program has had long-lasting effects on the teachers who participated in the program, too. For Gargan, the program “showed me how to use technology to have students apply their knowledge and demonstrated that everybody has the ability to succeed. It encouraged me to be the guide on the side, not the sage on the stage.”