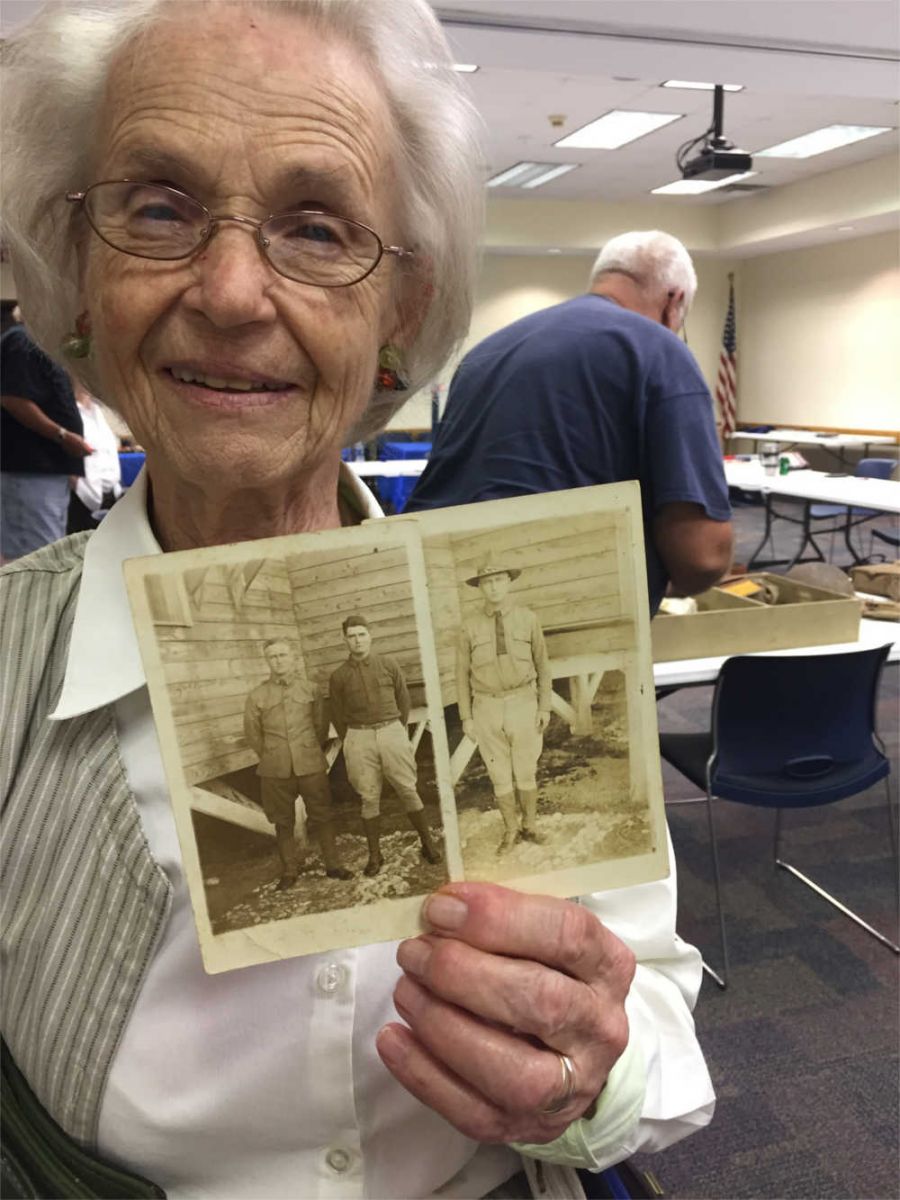 Dialogues on the Experience of War is an NEH program that uses the literature of war to connect veterans with their communities. At Auburn University, Mark Wilson saw the NEH’s call for proposals as an intriguing opportunity to bring public humanities programming to new communities. Over the course of a year, six groups from Alabama rural communities met to discuss literature and their personal experiences of war. Reading the World War I memoir Scarlet Fields helped groups build trust and comfort with one another while discussing the distant events depicted in the book; later, reading two works on the Vietnam War—The Things They Carried and Dispatches—helped many Vietnam veterans share their experiences, some of them for the first time.

“There was humor; there was seriousness. Most of the sessions went over by about 30 minutes.”
Read More

Veterans from World War II, Korea, Vietnam, the Gulf War, and the more recent wars in Iraq and Afghanistan participated in the groups; they represented a range of military experiences and included African Americans and women. And through the university’s Alabama Prison Arts + Education program, two related courses were offered to veterans who are imprisoned. Mary Hamilton, a veteran and librarian who organized and participated in the Valley, Alabama, discussion group, reflected that the program “provided a comfortable place to start a discussion. The texts helped start a conversation and gave us a reason for being together.” It also helped veterans make new connections with each other and with the library that hosted the program: several participants have become regular library patrons and others have met outside of the group to discuss their experiences. All of the programs helped veterans find welcoming places in their communities to share their stories and connect with others who share their experiences. As Major General Claude A. “Lou” Hennies, who led a group in Ozark, Alabama, reflected, the program inspired spirited discussions: “There was humor; there was seriousness. Most of the sessions went over by about 30 minutes.”

In addition to Valley and Ozark, the Dialogues on the Experience of War program took place in Wetumpka, Phenix City, Collinsville, and on the Auburn University campus. The program was extended into Fall 2017, with three groups continuing their discussions over World War II literature. The university is also piloting two Dialogue-themed courses through its campus lifelong learning program.