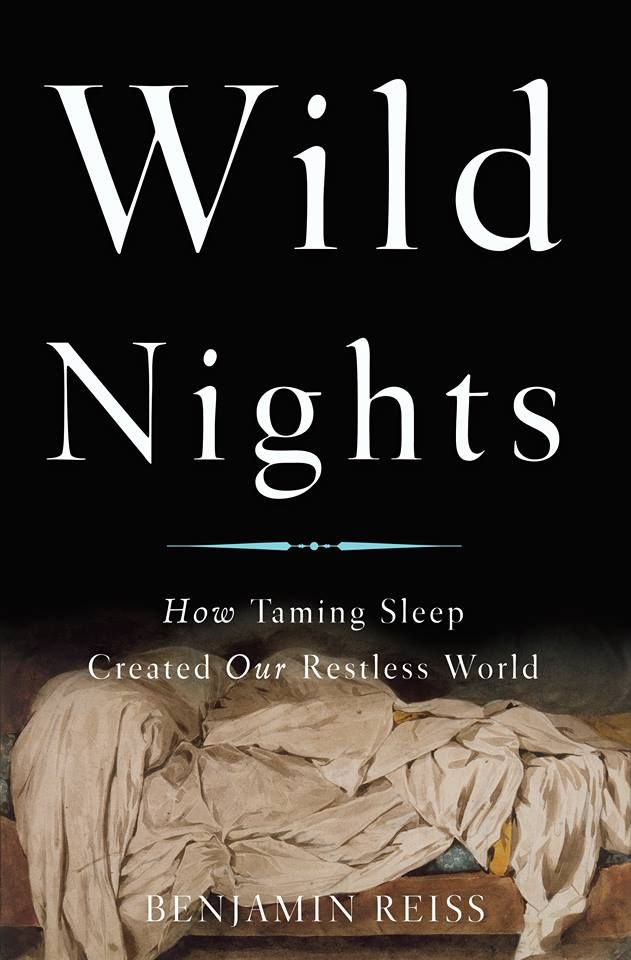 Wild Nights: How Taming Sleep Created Our Restless World has helped sleep scientists and the general public alike better understand how our current sleep practices have been shaped by culture. Image courtesy of Benjamin Reiss.

Benjamin Reiss’s most recent book, Wild Nights: How Taming Sleep Created Our Restless World (2017), takes an interdisciplinary approach to the history of sleep, blending literary analysis with scientific and cultural history. The book demonstrates that our current model of ideal sleep patterns, which emphasized sleeping in consistent eight-hour blocks of time, with at most two adults to a bed and children alone through the night, is more the product of culture than a natural occurrence.

Wild Nights appeals to both the general public and clinicians. It has been reviewed by popular outlets and academic journals, ranging from The New York Times and The New Yorker to the Journal of Clinical Sleep Medicine and Sleep Health. And publishing the book has opened up opportunities for Reiss to present his work to the broader public by speaking at book festivals from California to Georgia, including the Chicago Humanities Festival, and through dozens of interviews, ranging from BBC World News to local and national radio programs. Reiss has also delivered keynote addresses at several sleep science conferences, and he is now on the editorial board of Sleep Health, which is the Journal of the National Sleep Foundation.

But Wild Nights began as a more traditional academic article that was funded with a NEH grant: “Sleeping at Walden Pond: Thoreau, Abnormal Temporality, and the Modern Body.” For Reiss, writing the article, which was firmly grounded in literary studies and ultimately published in American Literature, was key to getting support for a longer work. Two years later, he won a Guggenheim Fellowship in support of the book that, he said, “afforded me the intellectual freedom to reach a broader audience.”

NEH funding also helped Reiss write his previous book, Theaters of Madness: Insane Asylums and Nineteenth-Century American Culture (2008). With the support of an American Antiquarian Society NEH fellowship, Reiss spent a year working in the society’s archives, which hold thousands of institutional records from the nineteenth century, including patients’ writing. The chance to immerse himself in the history of insane asylums helped Reiss uncover a historical model of health care in which physicians attempted to treat the whole patient, physically, mentally, and spiritually. In other words, the fellowship helped Reiss uncover historical roots of current interest and provide a historical grounding in this model of treatment for those interested in the history of medicine, psychology, and disability studies.

Writing both Theaters of Madness and Wild Nights helped Reiss enter what he describes as a “completely different set of conversations.” This shift in perspective from literary and cultural history has also been reflected in his work on campus at Emory University, where he is a founding director of the Disability Studies Initiative.